Led by driver Antoine L’Estage and co-driver Alan Ockwell, SRTC led from start to finish yet again, adding another win to its tally on the season. The victory at the 10-stage, 176-kilometre event through the snow-covered mountains outside Kelowna, B.C., capped an impressive comeback for L’Estage and Ockwell, giving the duo their fifth consecutive victory after failing to finish the first two events of the season. The win also made official L’Estage as the 2017 Driver’s champion and Ockwell the Co-Driver’s champion — their 10th and fifth such titles, respectively.

“We’re really happy to finish the season with victory here,” L’Estage said. “We didn’t have a perfect season, but everyone worked hard all year to get us to this point now. With the work of Subaru Canada and the guys at Rocket Rally, we secured all three titles — Driver’s, Co-Driver’s and Manufacturer’s. We had challenges this year, and facing challenges is an important part of this sport.”

Beyond the stellar performance by SRTC, the Subaru brand had a strong showing at Big White. Nine of the Top 10 finishers of the event were Subaru vehicles, capping an impressive season that saw the automaker clinch the Manufacturer’s title with two events remaining on the calendar.

Championship winners will be honoured at an awards gala in January in Pointe-Claire, Que. 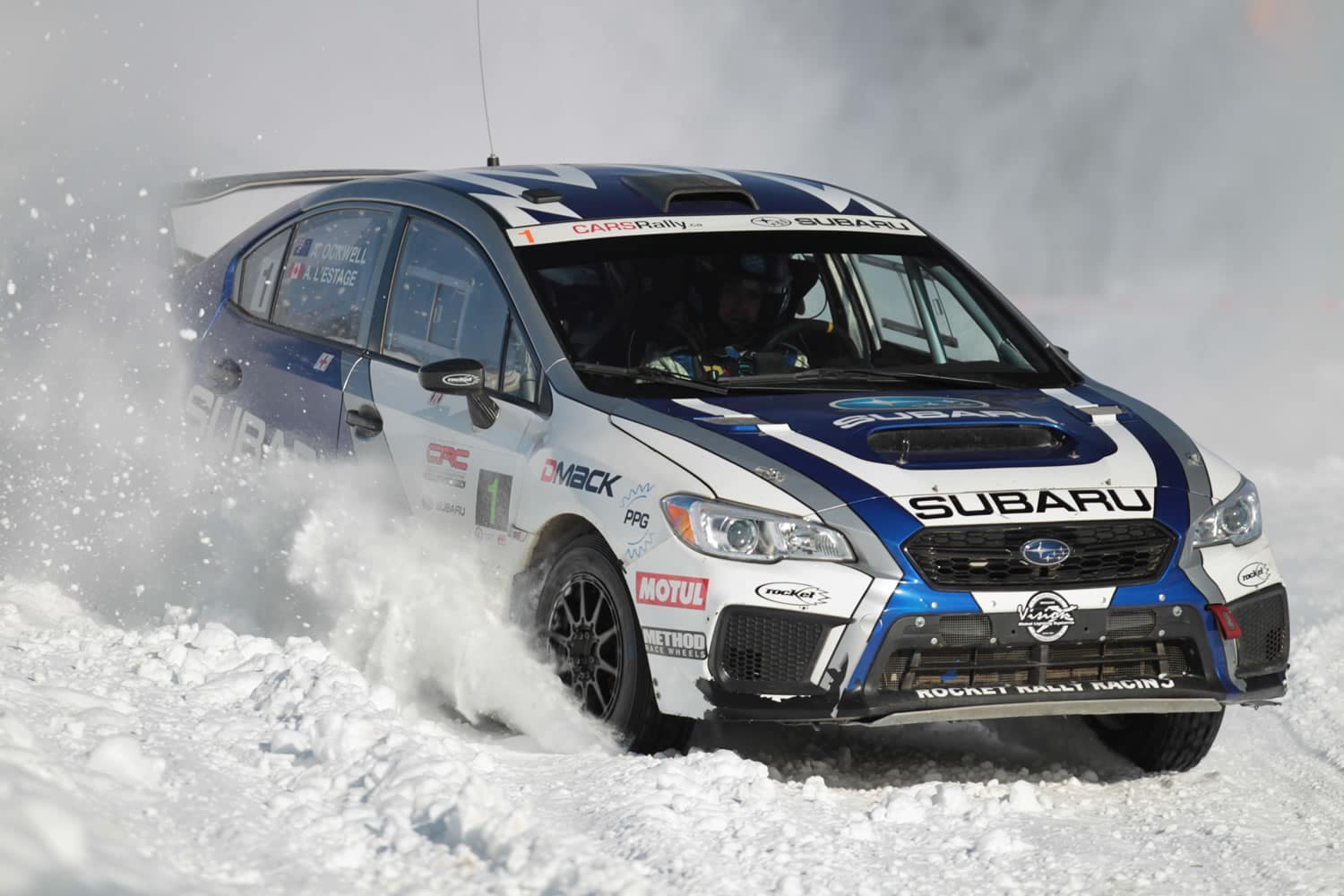